Effects of Beetroot juice supplementation on cardiorespiratory endurance in athletes

Cardiorespiratory endurance is defined as a health-related component of physical fitness that relates to the ability of the circulatory and respiratory systems to supply fuel during sustained physical activity and to eliminate fatigue products after supplying fuel. Cardiorespiratory endurance is a performance factor in all sports in which adenosine triphosphate (ATP) is resynthesized, mainly by aerobic metabolism or oxidative processes that produce energy. In these sports, the expended effort typically lasts longer than five minutes, primarily depending on the metabolic level of the oxidative processes involved. Factors that limit performance in this type of endurance patterns include maximum oxygen uptake (VO2max), ventilatory thresholds (first and second ventilatory threshold) and energy efficiency or economy.

In competitive sports, 0.5%-1.5% improvements in performance are considered a critical difference. In order to enhance the effects of training and improve performance, athletes often turn to nutritional supplements. According to the American College of Sports Medicine (ACSM), adequate selection of nutrients and supplements, adjusting intake according to the exercise performed, is necessary for optimal performance in athletes. However, not all supplements have been shown to produce a positive effect on performance. The Australian Institute of Sport, classified supplements to which athletes have access, with the goal of categorizing nutritional supplements based on the level of evidence for impact on an athlete's performance. However, the effectiveness of supplements also depends on dosage and type of effort, because the potential ergogenic effect may differ by the specific type of sport. Beetroot juice is used as a supplement because of its high inorganic nitrate (NO3−) content, a compound found naturally in vegetables and in processed meats, where it is used as a preservative.

Once ingested, the NO3− is reduced to nitrite (NO2−), by anaerobic bacteria in the oral cavity by the action of nitrate reductase enzymes and then to nitric oxide (NO) in the stomach. This physiological mechanism depends on the entero-salivary circulation of inorganic nitrate without involving NOS activity. Once in the acidic stomach, nitrite is instantly decomposed to convert to NO and other nitrogen oxides performing determinant physiological functions. Nitrate and remaining nitrite is absorbed from the intestine into the circulation, which can become bioactive NO in tissues and blood under physiological hypoxia.

NO induces several physiological mechanisms that influences O2 utilization during contraction skeletal muscle. Physiological mechanisms for NO2− reduction are facilitated by hypoxic conditions, therefore, NO (vasodilator) is produced in those parts of muscle that are consuming or in need of more O2. This mechanism would allow local blood flow to adapt to O2 requirement providing within skeletal muscle an adequate homogeneous distribution. This physiological response could be positive in terms of muscle function, although it would not explain a reduced O2 cost during exercise. Another probable mechanism is related to NO2− and NO as regulators of cellular O2 utilization.

In addition, a potent signalling molecule that affects cell function in many body tissues, NO is endogenously produced by synthesizing nitric oxide from l-arginine oxidation. The molecule has important hemodynamic and metabolic functions, being a major vasodilator that can increase blood flow to muscles and promote oxygen transfer in the muscle. Additional physiological benefits of NO include improved mitochondrial efficiency and glucose uptake in muscleand enhanced muscle contraction and relaxation processes. Other researchers have reported that NO can act as an immunomodulator and stimulates gene expression and mitochondrial biogenesis. Given the positive effects of beetroot juice, which are induced by means of NO, this supplement has been proposed as part of the therapeutic approach in people with chronic obstructive pulmonary disease, hypertension [heart failure and insulin resistance. 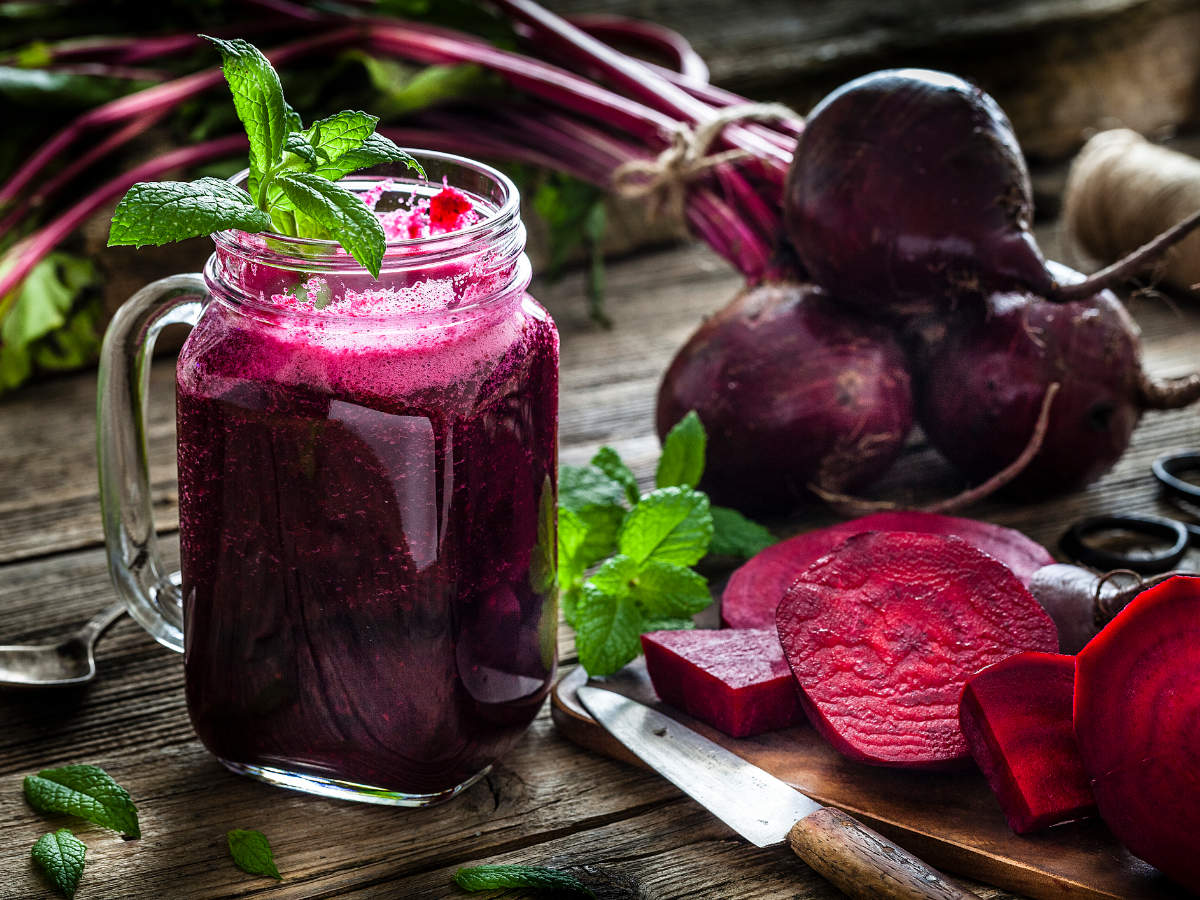 It appears that acute supplementation with beetroot juice increases the power output with the same VO2 levels. This is an interesting finding for athletes as there is evidence that the economy is a key factor to improve cardiorespiratory performance increasing energy efficiency in endurance sports modalities. In addition, time to exhaustion at several intensities (60%–100% VO2max, MAP or VT1) is another usual performance parameter that is improved with acute beetroot supplementation. However, not all studies show a positive effect to acute beetroot supplementation indicating that the efficacy of acute nitrate supplementation will be attributed to several factors such as the age, diet, physiological and training status, and other parameters as the intensity, duration, endurance modality and environment conditions. Although most of the studies determine a supplementation dose of 6–8 mmol NO3−, it is unclear that this supplementation dose can be effective to improve cardiorespiratory performance in sports modalities such as kayaking or rowing. The dose should possibly be increased in sports modalities where muscular groups of upper limbs are implicated. Endurance athletes should take the dose of NO3−, approximately 90 min before the competition without oral antiseptic. Acute supplementation with beetroot juice is not sufficient to induce mitochondrial biogenesis, suggesting that mitochondrial adaptations could only occur after longer supplementation protocols. In chronic supplementations with beetroot juice, it appears that the benefits in cardiorespiratory performance might be produced in longer intake protocols of about six days. Time-to-exhaustion at several intensities (between 70% and 100% VO2max, VT1) and the load at anaerobic threshold could be enhanced while aerobic energy expenditure could be diminished. Longer-term beetroot supplementation (15 or more days) could be effective, although it would be necessary other studies analyzing the mitochondrial biogenesis to corroborate whether mitochondrial adaptations depend on endurance training and/or beetroot supplementation. To date, this assumption is unknown.

The scientific literature shows discrepancies regarding the improvement of the cardiorespiratory performance induced by the supplementation of beetroot juice under hypoxic conditions. NO3− could mitigate the ergolytic effects of hypoxia on cardiorespiratory in endurance athletes. 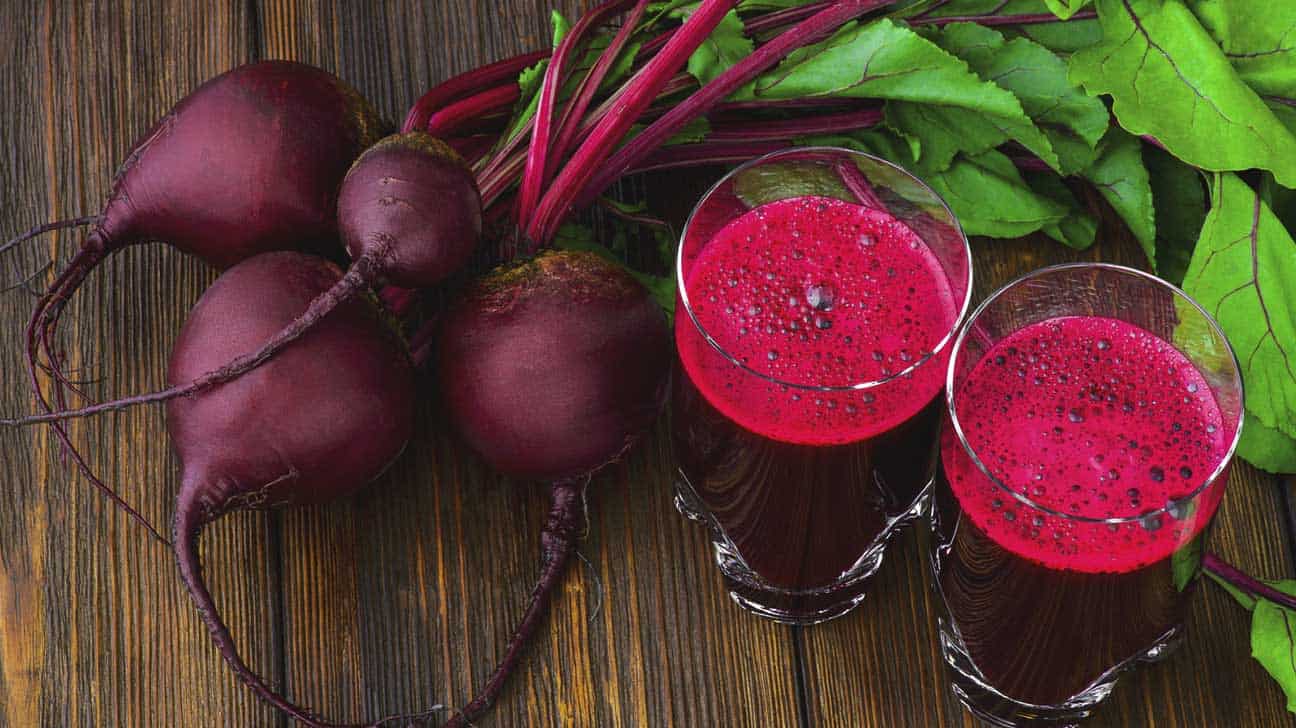 The objective of the present literature review was to analyse the effects of beetroot juice supplementation on cardiorespiratory endurance in several conditions (normoxia, hypoxia and beetroot juice with other supplements) and determine the appropriate dosage to enhance the potential ergogenic effects on performance. The focus of the article is mainly on the influence of beetroot juice of the acute and chronic responses on trained endurance athletes.

In addition to improving efficiency and performance in various time trials or increasing time-to-exhaustion at submaximal intensities, chronic supplementation with beetroot juice may improve cardiorespiratory performance at the anaerobic threshold and VO2max intensities.

Intake of beetroot juice should be initiated within 90 min before athletic effort, since the peak value of NO3− occurs within 2–3 h after ingestion. At least 6–8 mmol of NO3− intake is required, which can be increased in athletes with a high level of training.