Turmeric have a significant role in boosting your immune system!

Lately, everyone is looking to boost their immune system. But here’s the thing—you can’t magically “beef up” your immune system in a day. Instead, it takes a while for dietary and lifestyle changes to kick-in. When attempting to support immune health, it’s essential to understand that excessive immune activity can be just as worrisome as having a suppressed or “sluggish” immune system. Excessive immune responses following infection can cause a variety of health problems, and in some cases, even death. 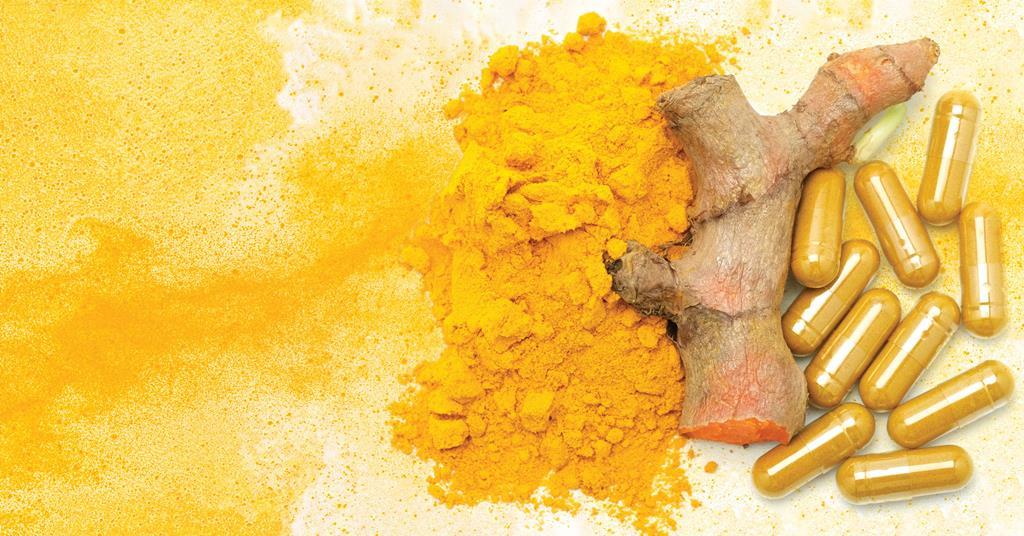 Why might our immune system turn against us, posing a more significant health threat than the infection itself?

At the first sign of infection, many different cells, including immune cells, secrete pro-inflammatory cytokines to help recruit the body’s innate immune cells to help kill the invaders. Usually, this process is efficient, but in some cases, people may experience a phenomenon known as a “cytokine storm” where the body’s immune system overreacts.1 While cytokines are critical in attracting the frontline immune cells to help clear the infection, excess levels cause an uncontrolled, pro-inflammatory response that can rapidly destroy tissues. Sluggish immune responses are not optimal either, as those who are immunosuppressed may not be able to produce enough inflammation or effectively coordinate the biochemical reactions needed to clear an infection. Fighting a virus takes a fine-tuned immune system—one that can launch a strong attack at the first sign of infection, but also knows when to scale down the attack once the virus subsides.

The ultimate goal when attempting to achieve optimal immune health is to have a well-balanced immune system that responds appropriately when challenged. Because new research suggests that curcumin may help promote optimal immune balance, we’re here to tell you about it.

Curcumin is a group of compounds (curcuminoids) derived from the root of the turmeric plant (Curcuma longa). Turmeric, also known as “Indian saffron,” is a yellow-orange spice and medicinal herb that has been used for thousands of years. Since its discovery roughly two centuries ago, curcumin has become one of the most well-researched natural therapeutic ingredients. Many researchers believe that curcumin has more therapeutic potential than turmeric.

Several factors, such as chronic stress, vitamin deficiencies, lack of sleep, and exposure to toxins, can impair the immune system. For instance, psychological stress activates the innate immune cells (the body’s frontline soldiers that release substances designed to kill foreign invaders). Unfortunately, chronic stress can overstimulate these innate immune cells, which may, in turn, suppress other components of the immune system responsible for controlling viruses.

Research has shown that those who have higher stress levels also have reduced antibody responses to influenza vaccination. This finding implies that when the innate part of the immune system is over-activated by stress, our antiviral responses may decline. Further support for the relationship between stress and immunity comes from studies reporting that psychological stress and negative mood states are associated with an increased vulnerability to infectious disease.

Many other factors can also cause the immune system to go haywire. For example, sleep deprivation can cause excessive activation of the innate immune cells, while at the same time, decreasing antiviral activity. Not getting enough vitamin D is associated with abnormal immune responses and increased risk for developing autoimmune conditions or upper respiratory infections. Exposure to toxic substances such as lead and arsenic can result in the suppression or over-activation of certain immune system components. Additionally, physical inactivity or excessive exercise may cause the immune system to become imbalanced. So, how can we help counter some of these factors that cause our immune system to become imbalanced? 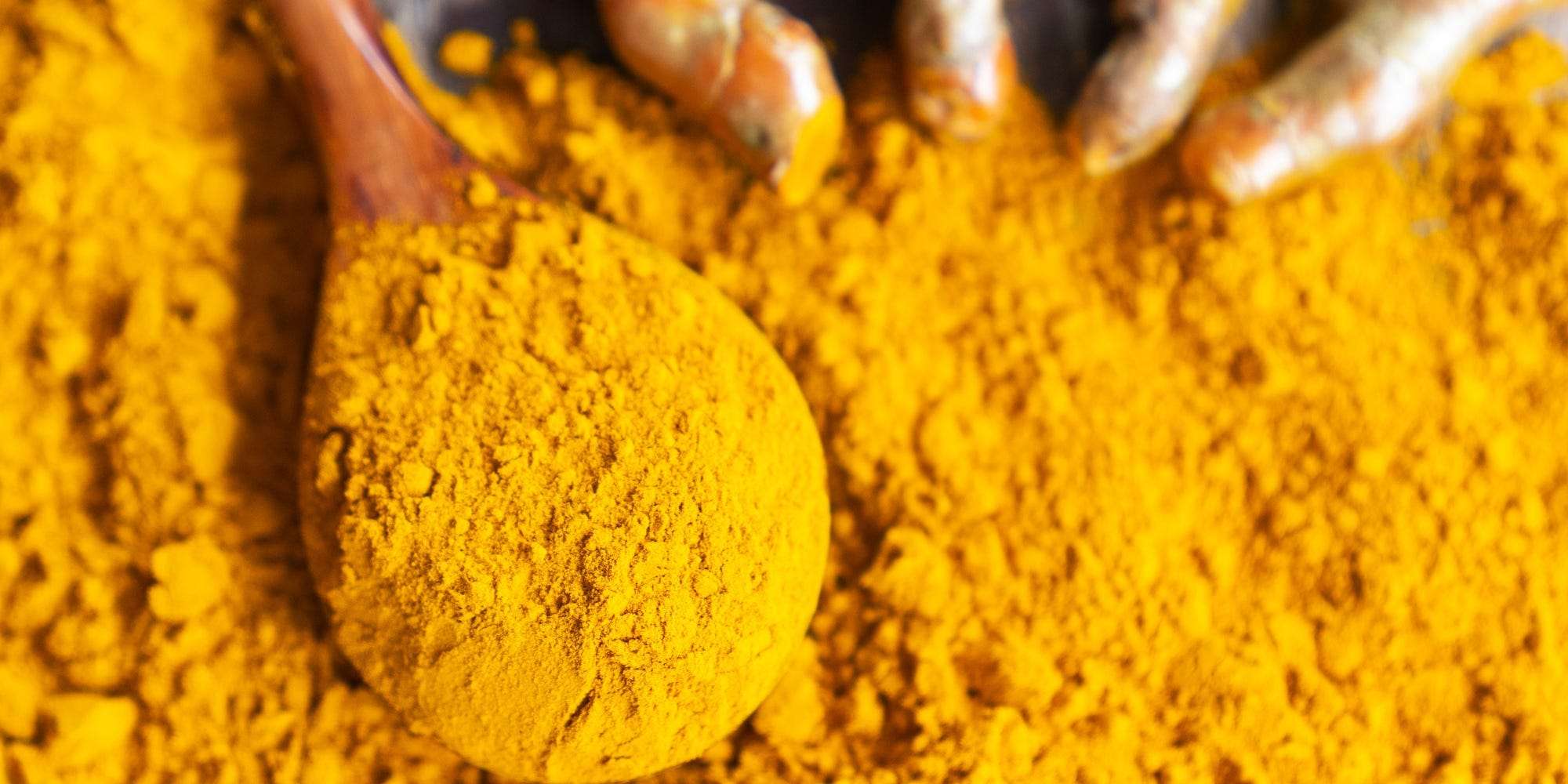 As mentioned, our bodies react to a variety of factors that can cause innate immune cells to excessively activate. Unfortunately, hyperactivation of these innate cell types results in the excessive production of acute-phase proteins, which can be damaging to our health. Additionally, chronic activation of these proteins may result in the suppression of antiviral defenses.14,15 Fortunately, several human studies have found that curcumin supplementation lowers blood levels of various acute-phase proteins.16,17 This research suggests that curcumin helps normalize certain parts of the immune system that tend to become overactive.

Prebiotics are non-digestible food substances that are consumed by health-promoting bacteria (probiotics).18 Simply put, the beneficial bacteria in our gut can “ingest” a variety of plant compounds that can increase their growth and activity.19 A recent study investigated the effects of curcumin and turmeric supplementation on gut bacteria.20 Participants received curcumin, turmeric, or placebo supplements for eight weeks, and then had their gut bacteria analyzed. The results of this study indicated that while the placebo group had reductions in gut flora species, curcumin and turmeric supplemented groups experienced increases in several types of gut bacterial species.

Considering that roughly 70% of our body’s immune cells are found in the gut, dietary ingredients that promote healthy gut bacteria may, in turn, help support the immune system. If more research confirms curcumin’s prebiotic-like effects, curcumin may become an ingredient used to support both gut and immune health.

As mentioned, chronic stress and poor mood states are associated with suppressed antiviral responses and increased vulnerability to infections. Because all immune cells contain cortisol receptors, chronic stress may alter cortisol levels and impair immune responses. In a recent study looking at whether curcumin supplements influence cortisol, acute-phase proteins, and BDNF (a protein that helps preserve neurons) in those with poor mood, participants were randomized to receive curcumin or placebo supplements for six weeks. At the end of the trial, those who supplemented with curcumin had significantly higher BDNF levels, better mood scores, lower cortisol levels, and lower blood levels of acute-phase proteins.

Experimental studies have shown that curcumin may increase the body’s ability to make DHA, an omega-3 fatty acid critical for human health.23 Specifically, curcumin appears to boost the enzymes that are involved in converting ALA to DHA, suggesting that curcumin may help increase omega-3 levels. Because omega-3s can make their way into the membranes of immune cells, it is thought that omega-3s can alter immune cell activity.24 In fact, resolvins (substances derived from the omega-3s EPA and DHA), as the name suggests, helps resolve excessive innate immune responses and lowers the production of cytokines caused by injury or infection.25 Resolvins also appear to enhance the ability of the innate immune cells to remove microbial invaders.26,27 It’s promising to think that curcumin may increase omega-3 levels to the degree that it supports immune health.

Curcumin appears to have immune-balancing properties that may be particularly helpful for those with chronic stress. Additionally, curcumin may help promote optimal immune responses through its prebiotic-like properties, omega-3 boosting ability, and cortisol-lowering effects.

Looking for a perfect companion for your daily lifestyle? Check out Vahana Health now and be Healthy today! Find out more: https://vahanahealth.com/products/curcumin-piperine